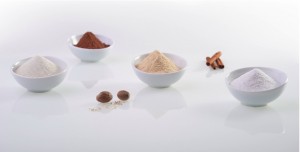 The annual IDDBA report (What’s in Store – 2015) provides excellent data and analysis on evolving consumer trends spreading across all platforms of baked goods and the bakery aisle.

What continues to catch our eye when going through the “Bakery Department” of this year's report is the mounting data on the growing challenge of reaching millennials in the bakery section. Specifically, the challenge is set out for in-store bakeries to better accommodate the rapidly evolving demands of consumers who were born between 1980 and 2000. It is thought that millennials' changing tastes in condiments, gravies and sauces is driving consolidation in that grocery segment as well, resulting in the recent Kraft and Heinz merger. The data provided by the IDDBA report indicates that millennials are 50% more likely than boomers to place an importance on digestion related health claims such as gluten-free or lactose free. Of further importance is that 39% of millennials purchase their baked goods at preferred stores, not their primary grocer. That figure compares directly to baby boomers, where only 27% utilize specialty bakeries for those purchases.

In 2014 and going forward for the foreseeable future, millennials will continue to actively seek out specialty products that directly cater to their heightened desire for health and wellness driven foods and continue to pose a specific problem for bakery snack producers, as well as in-store bakeries.

It is an enormous take away that all the current consumer data continues to show: The biggest challenge for bakery snack producers to remain relevant on your grocers shelves is to make a connection with the toughest consumer group they’ve ever encountered – Millennials.

“When it comes to engaging Millennial shoppers, IDDBA research suggested that conventional in-store bakeries might face an issue of relevance. Millennials ranked bakery dead last in order of importance among fresh perimeter categories.” 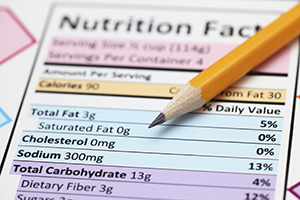 We wrote in this space back in March 2014 about the changes that had been proposed by the FDA to overhaul nutrition labels on packaged foods. At that time, public comment on the proposal was opened up and we waited for the industry to respond. Turns out, the American Bakers Association had significant criticism to offer in a 31-page dossier filed to the US FDA prior to the August 1 deadline for comments.

Additionally, among the many points in the dossier is that the ABA is making the case for as much as a 5-year extension on the ruling before any form of repercussions can be brought back upon the manufacturers and food companies rather than the two-year compliance originally proposed.

The question perhaps that we should be asking ourselves is how long can the original proposal stay just that; A proposal? With the battle lines being drawn out in real time over major issues brought up by the ABA including the definition of dietary fiber & whether or not the FDA has the authority to enforce a mandatory sugars declaration, we certainly would be taking the “over” in terms of the timeline before reform on US nutrition facts panels are agreed upon and finalized.

“The baking industry would need a five year implementation time to implement the proposed changes to all current products,” it said. “…This extension will allow industry to conduct the necessary analysis and make the changes required under the final rules.”

In terms of compliance versus enforcement, ABA called for separate dates to “ensure that the final timeframes do not leave industry stakeholders vulnerable to state enforcement actions.”

Anyone who has walked down a grocery aisle in the past year has witnessed the sky rocketing positions that yogurt, and more specifically, Greek Yogurt have been enjoying. As noted below, since 2008 sales have nearly doubled in the yogurt category. This appears to be a durable trend that does not show any signs of slowing in the immediate future. Competition between yogurt brands is at an all time high and the bakery industry has taken notice.

SIS has been developing bake-stable yogurt fillings for bakery use for decades. From Low Water Activity offerings to a full array of Danish-style fillings and toppings, our considerable experience can be brought to bear on any traditional or new product platforms. The market has demanded that we continue to refine our formulations to meet evolving consumer demands for this specific style of yogurt and explore new and innovative ways to include such a powerful market mover across many different snacking platforms. Contact us today about testing a sample of our Greek Yogurt-style fillings and toppings or submit a Sample Request Form so we can get to work on your next exciting project!

"Yogurt sales have increased by 40% since 2008 as consumers continue to demand healthier snack alternatives driven by the popularity of varieties and brands of Greek yogurt products."

Yogurt Wars: Can Anything Compete With Greek?

A terrific article came out last week entitled “The Doughnut Paradox: Indulgence Positioning in a World Obsessed With Health and Wellness” from Senior Foodservice Analyst Elizabeth Friend and it does a tremendous job of examining the concepts and consequences of the food industry’s approach to Health & Wellness and Indulgence.

In making sense of the seemingly contradictory demand in these markets, Ms. Friend suggests we need to consider the sophistication of today’s consumer. Even those that regularly seek out healthy snack options are open to occasional indulgences, requiring a new value equation allowing for both product categories to exist and flourish. To address these demands, SIS is committed to offering snack food manufacturers both purely indulgent products as well as healthier options without the sacrifice to experience. Meeting these challenges continues to excite us and new specialty ingredients are continuously being sampled and tested in our on-site lab on a diverse array of platforms and applications - INCLUDING doughnut and pastry fillings and toppings!

“...cupcakes looked pretty, tasted good, and were perfectly portioned for individual indulgence—a pastry that felt like an event, rather than a simple dessert. Likewise, these cupcakes were positioned as super premium items, incorporating specialty ingredients like Valhrona chocolate and Tahitian vanilla to justify prices as high as US$3-$5 per item... "…indulgence trends have been particularly notable in how quickly they rise and fall, but doughnuts and pastries have long been an important--if often overlooked--part of the US fast food landscape."

The Doughnut Paradox:Indulgence Positioning in a World Obsessed With Health and Wellness

In 2012, domestic sales of natural foods and drinks had increased 138% in only four years time. The recent report coming out of the IDDBA with regard to Kroger would certainly suggest that these trends continue to grow and thrive. Generation Y has been recently described as the most savvy, brand-sensitive consumer group in history, so there is no reason to think that these numbers will abate.

SIS is perfectly positioned to react to your customers’ evolving needs. As a functional ingredient supplier specializing in custom formulation, SIS stands ready to react to the most recent marketing research in the snack food category and is poised to accommodate all new projects. We continue to work with our customers to ensure that while we accommodate and adapt snack foods into healthier options, the expectations of great taste and a satisfying eating experience continue to be met.

Kroger President and CEO Rodney McMullen told analysts that natural and organic foods are the fastest growing department on a percentage basis, and sometimes dollar basis, at the nation’s largest supermarket chain.

Margins are not significantly higher in natural and organic foods than conventional grocery or private label, but it’s where the shopper is headed, noted McMullen. “Our existing customers continue to buy more and more organic and natural foods, plus the younger generation buys a higher share in those categories. So we see a huge opportunity.”

Stewart Ingredient Systems has the knowledge, experience and creativity to be an invaluable partner as you strive to develop and manufacture new products in this ever-changing regulatory environment that deliver on the reduced-calorie pledge. SIS has been at the forefront of reduced-calorie product development since the late 1990s as the preferred supplier of a 1/3 reduced calorie bar cookie filling at the world’s largest retailer. Sugar-Free and No Sugar Added formulations are also core competencies for us at SIS, so whatever your ingredient or claims challenges, we can help your company achieve its health and wellness goals without sacrificing great taste. Request a sample today!

“Some of the nation’s largest food companies have cut daily calorie counts by an average of 78 per person, a new study says, more than four times the amount the industry pledged to slash by next year.

The study sponsored by the Robert Wood Johnson Foundation found that between 2007 and 2012, the estimated total cut in food product calories from a group of 16 major food companies was in the range of 6.4 trillion.

Healthy Indulgence is an exciting challenge for us. Stewart Ingredient Systems' custom-formulated fillings and toppings are perfect ingredients for delivering on consumers' evolving wants and needs. We firmly believe that our expertise in custom formulation is an enormous asset to our customers as the need for a satisfying eating experience goes hand in hand with the healthier-less processed ingredients needed to support the health and wellness focused snack foods category.

"Many companies are still looking to provide better nutrition in an indulgent product like a cookie or cake, says Simon Walley, Regional Business Director, Food Enzymes, DuPont Industrial Biosciences. These products, referred to as healthy indulgences, will not replace true indulgent products, he adds, but will provide a choice to consumers who want a bit more nutrition in their baked goods." 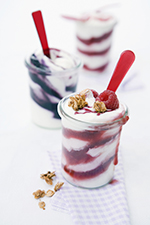 Alongside the flagship varieties of Strawberry and Blueberry, SIS also offers a wide array of shelf and bake stable, fully functional yogurt-based fillings and toppings using Pomegranate, Mango, Guava and other super fruit varieties/combinations. With a seemingly endless list of flavor combinations in this category, consumers are beginning to try new varieties in increasing numbers. Innovation is necessary to keep up with evolving consumer demands, not only in flavor/variety, but also in product platform. Request a sample of one of our shelf and bake stable fruit and Yogurt Fillings TODAY! Call: Ross Stewart 312-254-3539 ex.18

“The possibilities may seem endless for dairy manufacturers looking to use various fruits, but ‘the top 10 flavors still account for 25 percent of yogurt flavors, with strawberry and blueberry still leading the way,’ says Ed McIntosh, marketing manager for supplier Flavorchem, Downers Grove, Ill. In fact, data from Mintel Group shows the top-selling spoonable yogurt flavors for the U.S. are strawberry (5.79 percent) and blueberry (4.04 percent), followed by vanilla, peach, plain, raspberry, honey, banana and strawberry, black cherry, berry, pineapple, cherry, key lime, lemon and banana -- in that order.” ...“U.S. retail sales of yogurt have more than five years if consecutive growth and will reach almost $7.4 billion in sales by year’s end (2013)... unique flavor combinations and ethnic flavors will be a driving force for the category’s continued growth--compounded by consumer demand for healthier snacks”

Over the last 120 years we've earned a reputation for excellence in product development and dependability as a supply chain partner to the wholesale baking and cookie, cracker and biscuit industries.We're committed to the highest standards of rapid development services, lean manufacturing and complete product cycle service.